Report from Maker Faire NYC, the Woodstock of the DIY movement

I went to Maker Faire NYC today at the New York Hall of Science, and had an amazing time. These were some of the sights:

I neglected to check when it opened (10am), so I got there early, around 9:30, and watched them set up. My first observation standing in line: people in cars parked a mile away and took shuttle buses to the fair; bicycles had their own parking inside. 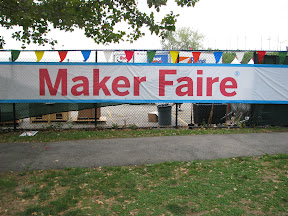 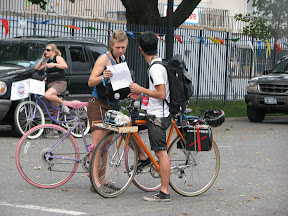 These are MakerBots, one of several lines of 3D printers being demo’d (and sold). Unlike most (all?) of the other 3D printers, the MakerBot itself is an open-source project: 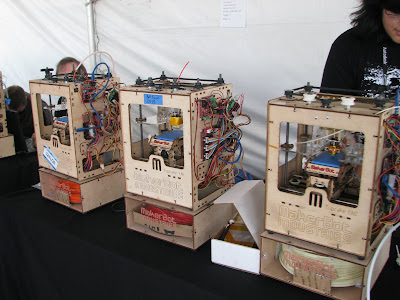 This was a little science exhibit demonstrating chaos and the conservation of energy with electromagnets: 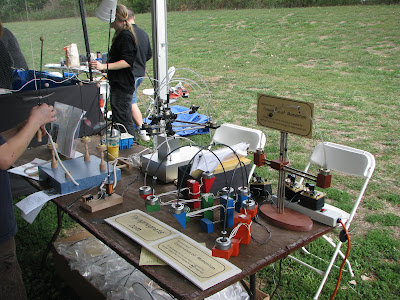 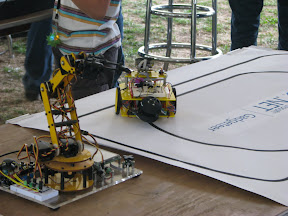 These little “BeetleRobots” from Solarbotics came in a kit and chased light: 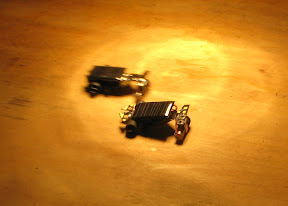 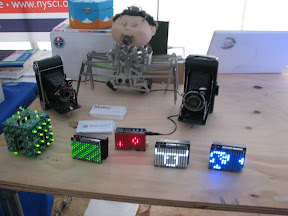 This was a $150 dollar kit for a plastic RC airplane: 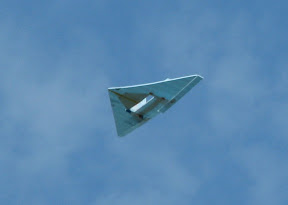 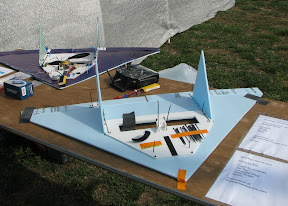 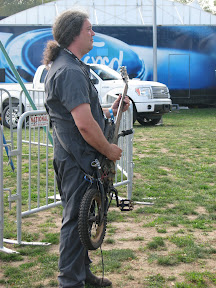 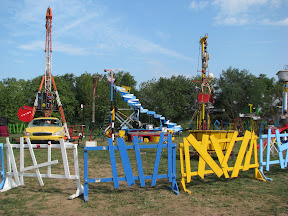 This was one of my favorites, a demo of a WindowFarm, a “vertical, hydroponic, modular, low-energy, high-yield edible window garden built using low-impact or recycled local materials”. They were selling a $150 kit (minus the bottles), I’m going to build one of these in my next apartment: 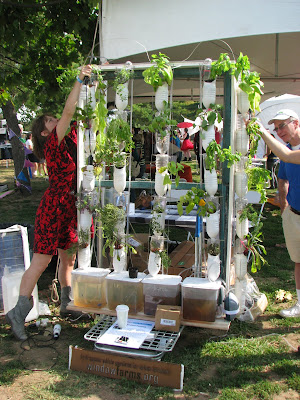 This was a “bio bus” from Bus Roots, a concept imagining a city bus as a quasi biological organism: it runs on burnt vegetable oil, its roof is covered in grass, in the front is a wind turbine (that runs only when not driving so as not to kill birds). Its purpose is to “bring life to neglected surface and provide an opportunity for people to stop and remember that living around nature can help lead a healthier life”: 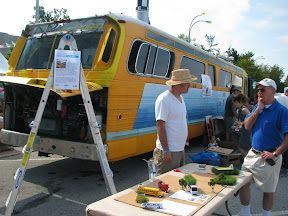 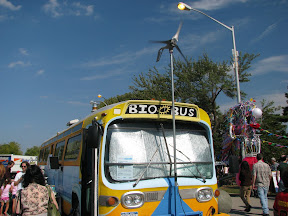 This was a fascinating science demo: extracting DNA from strawberries. You take a few strawberries, mush it in a cup with some water, meat tenderizer, salt, and dish soap - that’s all supposed to break down the cells - then it’s filtered through a coffee filter, alcohol is poured on top, and a white goo (apparently the DNA molecules) float around, and can be picked up with a stick like cotton candy and stored in a little tube:

There was a Voltaic Systems booth selling solar chargers for batteries and cellphones. They have a new line of solar laptop chargers coming out soon, and their site shows a line of solar backpacks, which I got the impression were also not yet on the market (but will soon be). I think a panel the size of my laptop would be a great thing to keep with the laptop in my bag, to put down on a sunny day and work outside all day. (Though it’s not clear it it gives enough juice to run off of; it’s meant more for charging, at around 1hr of charge for 30m of running. Still very cool though, and will probably improve.)

This was an art/electronics booth called Lumenhattio, of LED artwork on bicycle helmets. They didn’t do this exactly there, but it made me think how cool it would be to have blinker lights on helmets, made of many LEDs in arrow shapes, turned on with a wireless or similarly convenient switch.

These were beautifully intricate sculptures made of “steel and bronze composite using 3D printing technology,” by an artist/maker named Vladimir, who “built a computer model to represent the mathematical idea in 3D”: 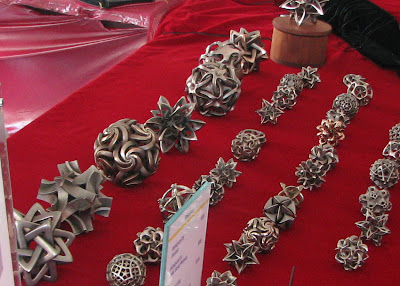 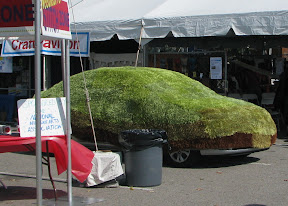 I went to a talk by Wired editor Chris Anderson (author of The Long Tail and Free: The Future of a Radical Price) on The Second Industrial Revolution that we’re going through, in which anyone can design a product on their laptop and send it to a manufacturer in China with sites like Alibaba. He contrasted it with the movie Flash of Genius, which depicts the invention of the intermittent windshield wiper, and the prohibitive costs of production that prevented the inventor from manufacturing the product (and led to the established industrial giants stealing the invention). 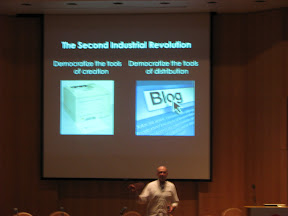 One of his examples was Local Motors‘ Rally Fighter car. It’s an community-driven, open-source design, and to buy one you have to co-build it yourself over 2 weekends in a Build Shop. (That makes it a “kit” rather than a production vehicle which is a critical regulatory loophole allowing all this DIYing. I asked if he’s concerned that the loopholes will be closed when all this goes mainstream, he said he’s concerned but generally thinks regulation lags technology so it’ll be ok.)

Anderson himself is the co-owner of DIY Drones, ![DIY Drones], which sells an open-source aerial drone kit. His motto in all this is, give away the bits, sell the atoms, or atoms are the new bits - with a hybrid of open, community-driven development, top-down community management, collective sharing of intellectual property, and [plenty of] private profit. 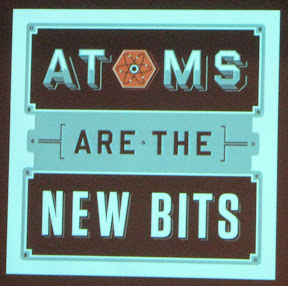 Back in the 3D cutting demos, they were showing and selling a progammable wood cutting machine. It looked like a big table with a 1/2” thick particle board placed on top, and it cut the wood into layers that could be shaped into pretty much anything, including chairs or this crane: 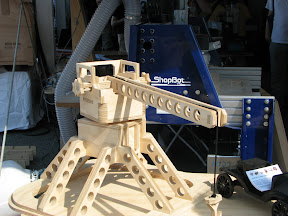 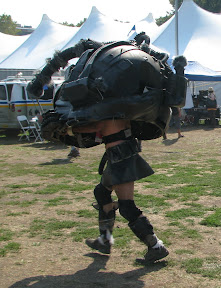 This little robot was a Netduino demo (Netduino being an Arduino derivative for the .NET framework), driving around on 2 wheels with a gyro (Segway-style): 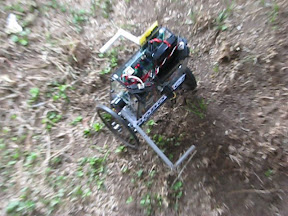 To top it all off, there was great food, including a Greek food truck with a huge line (well worth waiting in) where I got a delicious shishkabob gyro.

Altogether it was an awesome experience, really inspiring and thought-provoking. I have a big bag of swag to sift through one of these days (after I sift through the swag from the Newport Boat Show…) A few major takeaways for me:

(All the photos here and some others are also on Picasa.)